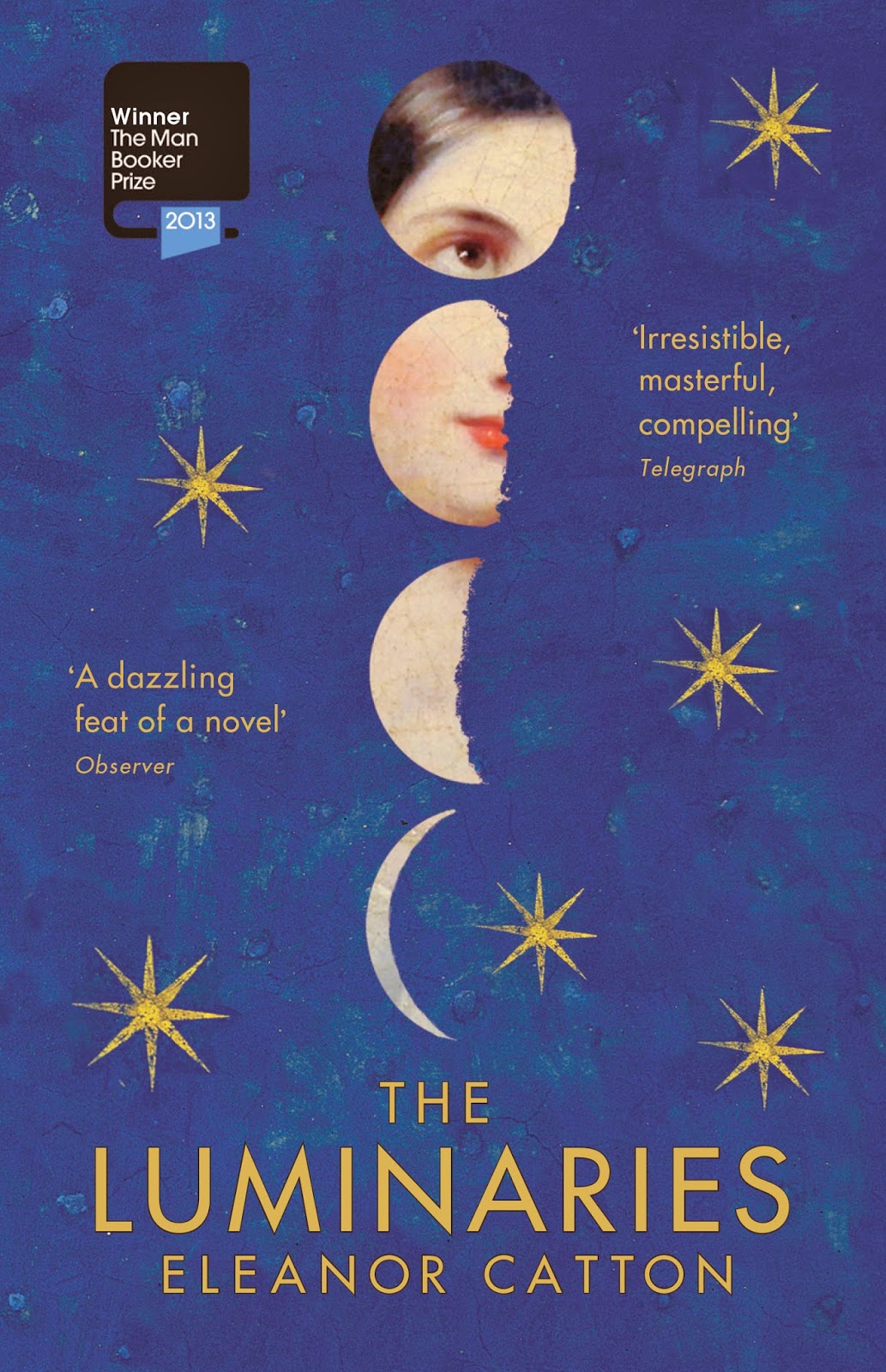 I remember so clearly the launch of this title at Time Out Bookstore in Auckland's Mt.Eden on 1 August last year, (see pic below right).

And so much has happened since that night. In particular of course the huge (832 pages) novel went on to win the Man Booker Prize in London in October (I was also present then) and to date New Zealand sales alone exceed 105,000 copies. Can anyone tell me another NZ novel that has sold in excess of 100,000 copies within NZ inside of seven months of first publication? These are truly staggering numbers. Certainly it will be VUP's biggest-ever seller. I seem to recall reading somewhere that The Vintner's Luck by Elizabeth Knox (also published by VUP) had sold somewhere in excess of 60,000 copies in NZ (and it is still in print) which would have made it their biggest seller until The Luminaries came along.

One of the truly wonderful results of winning the Man Booker is that it will ensure the book stays in print for many years to come.
The Bone People by Keri Hulme, the only other NZ winner of the prize (1986), has never been out of print and one hears that it has sold in excess of three million copies.

Author Eleanor Catton is in demand at literary festivals and conferences all over the world. And goodness knows how many radio, television and other media interviews she has given.

As I said at the time of the Man Booker announcement life will never be the same for her again.

Nice to see that Victoria University Press has now brought out The Luminaries in a handsome B format edition with a NZ rrp of $28.00.

Congratulations to all concerned. We are delighted for you and proud of these amazing results.
Posted by Beattie's Book Blog at 7:00 am