Mark Edwards: 'Traditional or self-publishing, the great thing is we have options now'

Mark Edwards does both. Indie authors are less respected, he says, and it's hard to break the top 10 if your book costs more than £1 - but there's never been a better time to be an author 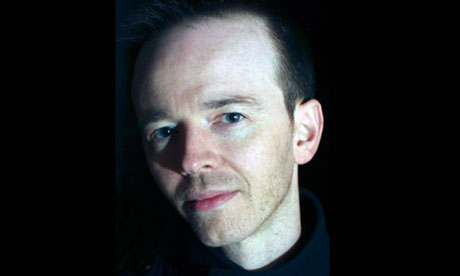 'It's been incredibly exciting' ... Mark Edwards

Why did you self-publish your new book?
I've experienced both self- and traditional publishing. Back in 2011, my co-author Louise Voss and I self-published our first two novels, Killing Cupid and Catch Your Death, and they did well enough to land us a book deal with HarperCollins. The fourth of our HarperCollins books, Forward Slash, has just been published.
When I finished The Magpies earlier this year I was keen to get it out quickly, partly because I wanted to build momentum before Forward Slash came out, and also because I wanted to see if I could do it successfully again. So I suggested to my agent that we publish it using Amazon's White Glove service, where they help out agented authors and give the book some promotion in return for a period of exclusivity.

It's gone far better than I expected. So far, The Magpies has sold over 130,000 copies and has been in the top 10 for over two months. It spent one day at No 1. So all three of my self-published books have reached either No 1 or 2. It's been incredibly exciting.

Tell us a bit about it.
The Magpies is a psychological thriller about neighbours from hell. A young couple move into their dream first home, where they plan to get married, have kids, live a normal and happy life. But somebody in their building has other ideas… I wanted to write a chilling story that could very easily happen to anyone. I think that's why it's done so well, because people identify with the theme. It was based on a real experience I had of crazy neighbours, but in the novel it's taken to an extreme.

Have you worked with an editor or designer on the novel?
Louise Voss helped me edit it, along with my partner. I think having a trusted editor is very important. Louise also proofed it for me. However, I made lots of changes after they had edited it, at which point I inserted a number of typos. Readers pointed these out so I corrected them soon after the original version was published. In future, I will definitely use a professional proofreader.
I'm lucky to have a good relationship with a talented photographer called Sarah Ann Loreth who lets me use her photographs for cover images. Then my sister-in-law, Jennifer Vince, designs the covers. I'm lucky to have a little team of people who help me
More
Posted by Beattie's Book Blog at 8:02 am