‘Andrew Ross is to Wellington what Atget was to Paris – both the principal photographer of a disappearing city (if old buildings are Wellington’s endangered wildlife, Ross is as close as it comes to a park ranger), but also a very fine painter with light.’
—Mark Amery, Dominion Post

Since 1996, Andrew Ross has been building an extraordinary record of aspects of a vanishing New Zealand. His beautifully lit, atmospheric photographs of dilapidated buildings, industrial workshops and domestic interiors are one of the outstanding bodies of work in contemporary New Zealand photography.

For Fiat Lux, five writers have collaborated with Ross to choose ten photographs each on a particular theme – workshops, environmental portraits, domestic interiors, buildings demolished for the Wellington motorway extension, and the use of natural light – and have written short essays to accompany them.

Andrew Ross was born in 1966 in Masterton and educated there until 1985 when he went to Wellington and did a BA in history at Victoria University. He became interested in photography in the late 1980s and worked as a darkroom technician on and off at ‘Level III’ from 1990 to 1995. He started using large format equipment in 1996 and began the ongoing ‘Wellington Views’ series, a constantly growing photographic archive documenting the City and its environments. 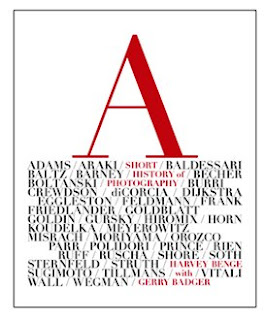 New Zealander Harvey Benge, works and lives between Auckland and Paris. Since the early 1990's he has had numerous photo books published by publishers in Britain, France and Germany. His work investigates the relationship between parallel events and laced with irony and humour, reminds us just how strange the world is.
"In his search for the absurd and bizarre in the urban landscapeŠ.small moments of everyday life flash with ambiguity and tension, contrasts and conflicts. Part humorous, often he shows disturbing signs of differences, small anarchies, an urban dream at the edges of reality." Deichtorhallen Museum Hamburg.

Harvey Benge’s photography books are always thought-provoking and enlightening, and this new book, A Short History of Photography, is no exception.
Prestigious European publisher Dewi Lewis recently launched A Short History of Photography in London and Paris and Random House New Zealand will publish the book 2 May under its Godwit imprint.
Noted British photography critic Gerry Badger’s introductory text explores the concept behind the project:
‘While looking through his contact sheets, Harvey Benge noticed that one of his pictures reminded him of a Friedlander, another a Baldessari. All photographers do this, and if the photograph in question apes another photographer too closely, it’s usually a cause for rejection. But Benge did the opposite. Picking out his “Friedlander” and his “Parr” and his “Baltz” he decided to make an anthology of contemporary photography featuring some of its biggest names. Yet they are all genuine, original Benges. They are also all good pictures, not mere pastiches of the ‘originals’ of which they gently but insistently remind one. This may be a game, but games can be very serious, and this fascinating book is both a serious and light-hearted exploration of photographic style.’

The cover, designed by highly regarded Wellington typographer Catherine Griffiths, is like a visual poem, alphabetically listing the names of 40 of the world’s most famous photographers and promising ‘A Short History of Photography’.
And when you look at the full-page photos, it is possible to match each photo with one of those famous names. Each photo made by Benge and each conceived and made in a different style.
Posted by Beattie's Book Blog at 5:25 am