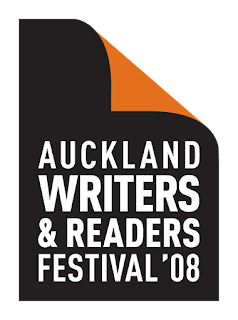 NEWS FROM THE FESTIVAL
Talking up a storm …
Heather O’Neill shortlisted for Orange Fiction Prize
Auckland Writers & Readers Festival guest Heather O'Neill was shortlisted for the illustrious Orange Prize for her debut novel, Lullabies for Little Criminals, this week. The novel's heroine Baby is twelve, nearly thirteen, and lives with her heroin addicted father in a rough part of town. The red light district and its children are recreated in a startlingly poetic, raw and laugh out loud funny way. Told through the intelligent and infectious voice of its heroine the book has both saddened and delighted its readers. Critics have hailed it as “heartbreaking and wholly original”, and have made comparisons with J.D. Salinger and Donna Tartt.
Read more about Heather O'Neill here ... 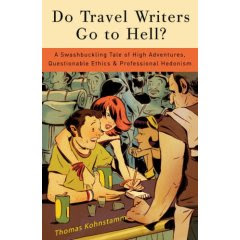 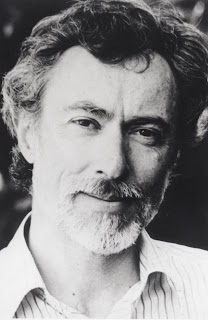 Spotlight on J.M. Coetzee
Don't miss the opportunity to see the legendary writer J.M. Coetzee on his first visit to New Zealand. One of only two authors to have won the Man Booker Prize twice – for Life & Times of Michael K (1983) and Disgrace (1999) - Coetzee was also awarded the Nobel Prize for Literature in 2003. One of the most celebrated and awarded authors writing in the English language today and one of few who can truly be described as a master of their craft. Coetzee's most recent novels are Slow Man (2005) and Diary of a Bad Year (2007).Read more about J.M Coetzee here …J.M Coetzee will be appearing in the following events:
16. The New Zealand Listener Opening NightThursday 15 May 8:00 - 9:15pm
32. An Hour with J.M. CoetzeeSaturday 17 May 10:00 - 11:00am

Crime books and Thrillers
Horror, psychopaths, murder, gore and shady underworlds. Crime books and thrillers are designed to leave the reader deliciously scared - flinching at every indoor creak and out-door bushy rustle - but what kind of writer is moved to imagine the heinous scenes and scenarios that give the reader that icy thrill? Does spending hours on end in a room, alone, conjuring up and detailing bloody episodes, delving into the psychopathic and criminal mind, not leave the writer themselves a little damaged? Or is there something ‘different’ about writers on the sharp edge of literature? Meet three top international crime and thriller writers at this year's Festival and decide for yourself.
Mo Hayder was born in England. She left school at fifteen, and worked as a barmaid, security guard, film-maker, hostess in a Tokyo club, educational administrator and teacher of English as a foreign language in Asia. She also has an MA in creative writing from Bath Spa University. She is the author of Birdman, The Treatment, Tokyo and Pig Island, all of which are available as Bantam paperbacks, and are Sunday Times bestsellers. Her new book, Ritual, will be available in May 2008.
Find out more about Mo Hayder and the events she's in here ...
Peter Temple. Formerly a journalist and journalism lecturer, Temple turned to fiction writing in the 1990s. His ‘Jack Irish’ novels (Bad Debts, Black Tide, Dead Point, and White Dog) are set in Melbourne, and feature an unusual lawyer-gambler protagonist. He has also written four stand-alone novels: An Iron Rose, Shooting Star, In the Evil Day, and The Broken Shore (2005). The Broken Shore won the UK Crime Writers’ Association Duncan Lawrie Dagger in 2007. Temple is the first Australian to win a Gold Dagger.
Find out more about Peter Temple and the events he's in here ...
Philippe Claudel is a novelist and screenwriter born in Dombasle-sur-Meurthe. His most famous work to date is the novel Les Âmes grises (Grey Souls), which won the Renaudot Prize in France, was shortlisted for the American Gumshoe Award, and won Sweden’s Martin Beck Award. It has been translated into 31 languages. In 2005 Les Âmes grises was adapted for film, directed by Yves Angelo, starring Jean-Pierre Marielle and Jacques Villeret. In addition to his writing, Claudel is a Professor of Literature at the University of Nancy.
Find out more about Philippe Claudel and the events he's in here ...
See all three writers and local 'Wiki Coffin' series writer, Joan Druett, in ...54. Crime and its fascinationsSunday 18 May 01:00 p.m. - 02:00 p.m.
Find out more about the event here ...
FREE EVENTS
Be our guest at the free events on offer at this year's Festival.
34. Open MikeA chance for the unknown genius to step forward and taste the spotlight. Bring along your poems, wit and sparkle and stand tall alongside well-established poets who will perform for ten minutes on the hour.For more information click here ...41. 0.5%
Publishers famously accept 0.5% of submitted manuscripts, whether or not they are “agented”. Roger Steele is a member of the increasingly endangered species the independent publisher and director of Steele Roberts.
Novelist and manuscript assessor Barbara Else knows better than most what it takes to get a manuscript accepted for publication. Expatriate writer Derek Hansen (Remember Me) is the veteran of many adventures in the publishing industry. David Ling set up the independent book publishing company David Ling Publishing Ltd in 1992, which also offers services for institutions, companies and individuals wishing to publish privately.
They join Penguin chief Geoff Walker for a discussion fraught with trauma.
For more information click here ...

Book Launch - Tessa Duder, Is She Still Alive?'Is she still alive?' is a question heard all too often, but in this collection of generous, funny and surprising stories the answer is defiantly 'Yes!'. Join Tessa Duder for the launch of her wonderful new book, Is She Still Alive?For more information click here ...52. Read to MeRelax and relish readings by Mo Hayder (Ritual), Sarah Laing (Coming Up Roses), Louise Wareham Leonard (Miss Me A Lot Of) and Duncan Sarkies (Two Little Boys). For more information click here

...55. Getting the Wrong AndersonA History of New Zealand Philosophy“There are no Hughesians” boasted G.E. Hughes, one of the giants of New Zealand philosophy.
Typical of many New Zealand philosophers, Hughes taught his students to think, not what to think. While philosophy has had an influence on many New Zealand students, there is no unified tale to tell about its influence on New Zealand as a whole. In Australia, by contrast, there was one philosopher, the charismatic Scot John Anderson, who exercised powerful influence on public opinion. His less talented elder brother, Frances, came to New Zealand. While New Zealand philosophers have been enormously influential on the wider world, their influence has not been felt, primarily, in New Zealand. Dr Charles Pigden tells the story of philosophy in the country that got the “wrong” Anderson.For more information click here ...
A Fan of Anne
Thank you to all who entered the Anne Enright book competition, and congratulations to winner Carne Blandy. Carne, your prize, a copy of Anne Enright's Booker prize winning The Gathering, and newly released Taking Pictures, is in the post.
Read more about Anne Enright here ...
Anne Enright will be appearing in the following Festival events:39. "You know you're done with a story...Saturday 17 May 2:30 - 3:30pm
48. An Hour with Anne EnrightSunday 18 May 10:00 - 11:00am
Until next time ...
FOOTNOTE FROM BOOKMAN BEATTIE
This is the latest in the Festival's series of excellent bulletins. If you are not already on the subscription list (it is free) and would like to receive it directly by e-mail then e-mail:
Annaliese@writersfestival.co.nz
Posted by Beattie's Book Blog at 10:21 am