New book calls for stigma about dementia to be broken

Professor Richard Faull likened the stigma about dementia to that once reserved for cancer and depression when he spoke at a Neurological Foundation function last night, to celebrate the publication of Angela Caughey’s superlative book Dealing Daily with Dementia: 2000+ Practical Hints & Strategies for Carers (Calico Publishing), at The Women’s Bookshop in Auckland.

The warmth in the room for those afflicted with dementia and the people that cared for them was palpable, as Sue Giddens, General Manager of the Neurological Foundation of New Zealand and her team gathered together with health workers, volunteers, publishing folk, and friends and family of the author, to celebrate the publication of Dealing Daily with Dementia. Endorsed by The Neurological Foundation of New Zealand, all royalties from sales of the book go direct to Alzheimer’s Auckland and Parkinson’s Auckland.

In his speech, Professor Richard Faull paid tribute to Angela Caughey – both as a writer and someone who devoted more than 12 years of her life caring for her husband when he had dementia – and recalled the worldwide reaction that Sir Terry Pratchett sparked when he publicly announced that he had a rare form of dementia. Within the first few hours following his announcement, Sir Terry received more than 60,000 messages in his Inbox. “So times are changing and he has certainly helped to shift the stigma cloud”, remarked Professor Faull.

Dementia is now a burgeoning reality for many New Zealanders as the population ages and Dealing Daily with Dementia has been written specifically for those caring for people with dementia. That in itself makes it a unique and welcome resource, and as publisher Linda Cassells of Calico Publishing chimed in during Professor Faull’s speech, “a sure-fire bestseller”. Angela’s book is certainly a much-needed book for anyone touched by the disease of dementia, in particular, their carers – the “unsung heroes.”

Angela Caughey spoke poignantly, lovingly and at times with humour about her experiences of caring for her husband Brian, who had Lewy body dementia. She too, called for the stigma around dementia to be broken, saying that “it was time for us to be more open and accepting about the disease”. Angela also reminded us that “the dementia sufferer was still a person inside all that mumbling and bumbling, and to slow down and wait for them to shine through, rather than rushing to finish their sentences and hurrying them along”. Hear, hear. 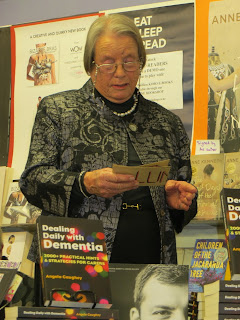 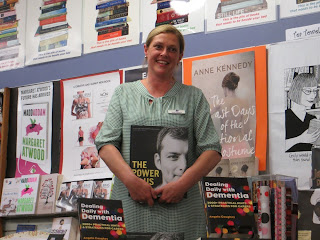 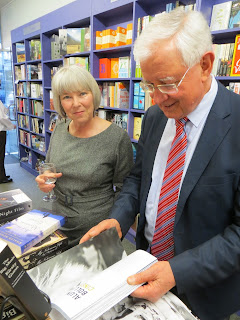