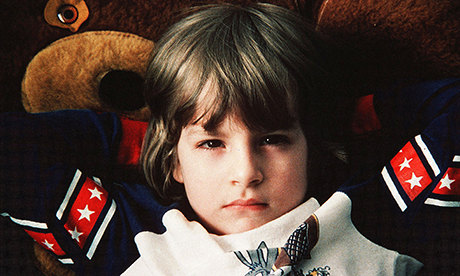 For several months, when I was 10 or 11, I avoided windows at night, because I didn't want to see a hideous child vampire staring back at me. I had read Stephen King's 1975 'Salem's Lot, and it had really screwed with my tiny mind. (There's another horrible moment to do with reflections in this new novel.) At that age I was reading all the Stephen King I could get my hands on, a fact that might have worried my parents more had I not also been reading anything else I could get my hands on too. In those days, King's reputation was that of a pulp master, with the emphasis firmly on "pulp". Good for cheap thrills, but not literarily improving, except in the way that completely indiscriminate and insatiable reading might eventually turn out to be.

Two things have happened since then: first, in the wake of nonsupernatural and so more culturally acceptable novels such as the claustrophobic masterpiece Misery, King has grudgingly been admitted by lit-crit folk into the ranks of "actually good writers" as opposed to mere megaselling dimestore artists. It happened to Elmore Leonard, and it looks as though it is also currently happening, with justice, to Lee Child. (It will never happen to Dan Brown.)

Second, an entirely new literary genre, or at least trick of demographic marketing, has been invented: that of "young adult" fiction. In my day the choice was between children's books (Willard Price) and adult books (Stephen King). Now The Hunger Games is the tweenie juggernaut on which everyone wants to hop. I went to a few Australian literary festivals earlier this year, and every second writer I met confessed that they were working on a "dystopian Young Adult" novel.
I don't know whether the idea is that adolescents are too stupid to understand grown-up dystopian novels such as Nineteen Eighty-Four, or simply that they won't be interested in expending their precious media time on a book unless there is a teen romance at the centre of things. There is something terribly condescending in this industrial discovery or invention of the "young adult", but you can't argue with the sales figures. Presumably teenagers loading up on this stuff are not reading as many books by old hands such as King.

One doubts a writer of King's enormous success is too worried about this, but there are some ironic swipes at YA fiction in his latest book. At one point a character thinks: "It was sort of like being in one of those love-and-horror supernatural novels, the kind Mrs Robinson in the school library sniffily called 'tweenager porn'." There are also allusions to Twilight, Game of Thrones and the Bruce Willis movie The Sixth Sense – all of which is strangely reassuring, since in most genre fiction the characters have never read or seen any genre fiction. This is a shame because it might help them deal with the vampires or werewolves or zombies they have to contend with.
More
Posted by Beattie's Book Blog at 7:54 pm