Worldwide Launch of Helen Lowe's“The Gathering of the Lost” 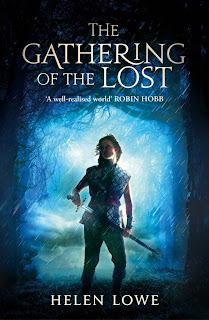 Tuesday evening saw a good crowd gathered in the University of Canterbury’s UBS bookshop for the launch of The Gathering of the Lost, the second book in Helen Lowe’s The Wall of Night series. Lowe is the current Ursula Bethell writer-in-residence at the university and the event marked the simultaneous release of The Gathering of the Lost, in the USA, UK, Australia and New Zealand.
UBS co-owner, Philip King, hosted the event and Dr Christina Stachurski, Co-ordinator of the University’s Creative Writing programme, introduced Helen Lowe and the book, particularly mentioning Lowe’s passion and commitment to her talent and craft, as well as her contribution to and promotion of the creative writing community.
Dr Stachurski also read a short statement from Lowe’s lead editor, Katherine Nintzel of HarperCollins in New York, including:
“ … Helen is a true writer, the kind who invests deeply in each word she puts to the page, and THE GATHERING OF THE LOST is a novel that, though it is set in a world not our own, looks deep inside the human heart and asks all the big questions.  It is also, I must say, quite a page-turner! I am thrilled for Helen on this occasion …” 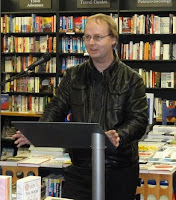 Helen Lowe’s partner, Andrew Robins (right), Test Manager at local industry leader, Tait Electronics, also made a short speech, speaking to the journey of this particular book in the context of its completion during the devastating Christchurch earthquakes. The Gathering of the Lost is dedicated to those who died in the February 22nd disaster and also to the police, fire, rescue services and many volunteers who helped in the aftermath of that event. Lowe also spoke of the influence of those events on the book, particularly mentioning individuals whose help had made a difference in getting the book to publication.

But despite reference to the earthquakes, this was by no means a sombre occasion. Helen Lowe prefaced and ended her author’s speech with two short readings from The Gathering of the Lost, which the USA’s SF-Site has described as follows:
“Helen Lowe’s Wall of Night series has the potential to become a classic, right up there with the likes of George R.R. Martin’s A Song of Ice and Fire . . . .  Anyone who loves to read fantastic fiction from a true talent should read this series.” – SF Site 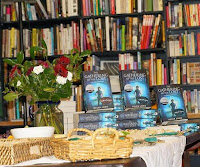 Those gathered certainly seemed in the spirit to celebrate and the evening was one of smiling faces and animated conversation in which earthquakes did not feature. And judging by the length of the signing queue, it was an evening of book sales as well.