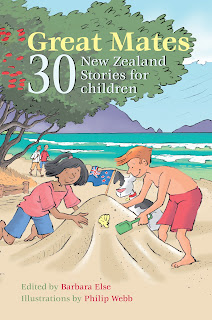 In the latest in this ever-popular series of children’s anthologies, Barbara Else has hand-picked the best tales of friendship. Philip Webb has lovingly illustrated each one in a quirky style that helps us imagine the world of each story.

Friendship is a universal theme for Kiwi kids. This collection of 30 New Zealand stories about friends covers a range of emotions and situations: being the new kid at school, competing with friends, sharing adventures and jokes, getting furious with your friends and finding friends in unexpected places.
Great Mates brings together some of New Zealand’s most popular writers, such as David Hill, John Parker and Emma Neale, with newer names such as Joseph Ryan, Shaun Barnett, Jeff Taylor and Joan Braddock.
The authors tell stories about new friends, old friends, funny and sad friends, fantastical and magical friends. Then there are the worst mates and the best of enemies. There are grown-up friends, friends your own age and animal friends. They play on the beach, argue at school and hang out at home and even in outer space. 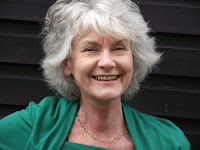