Started Early, Took My Dog by Kate Atkinson
An elegaic tone creeps in to Atkinson's latest but the author's control of her fictional universe is total, writes Justine Jordan in The Guardian, Saturday 14 August 2010 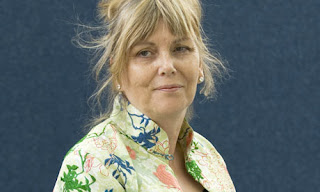 Kate Atkinson's novels have always been built around lost girls, from the Whitbread-winning family saga Behind the Scenes at the Museum to her current bravura crime series. This is the fourth book to feature "semi-retired" private investigator Jackson Brodie, a tender curmudgeon and solver of mysteries whose appeal lies in the fact that he remains a mystery to himself. Over the four novels Atkinson has painted Jackson into a fractured universe of missing wives, near-death experiences, exploded houses and estranged lovers, but the absence nearest to his heart – his "own dear grail" – remains his sister Niamh, murdered as a teenager in a brutal crime that was never solved.

The wonder of Atkinson's novels has been their joie de vivre, extraordinary given the high incidence of violent death. An irrepressible exuberance shines throughout, as well as a reliance on coincidence and resistance to neat resolution, both of which run counter to the standard pleasures of the crime genre. However, parts of Started Early, Took My Dog are bitterly bleak, world-weary and almost elegiac in tone, conscious of approaching ends as well as mysterious beginnings.

As the novel opens, Jackson is searching not only for the "lost pastoral England that was lodged in his head and his heart", but for the "fake wife" who absconded with his fortune and the real parents of his current client, adoptee Hope McMaster, who appears to have sprung from nowhere. This quest leads him on a pleasurable travelogue around Yorkshire's ruined abbeys and genteel tea shops, and thence to Leeds. There the lonely, retired police officer Tracy Waterhouse encounters a screaming child being dragged around a shopping centre by a "prostitute, druggie, thief, all round pikey" named Kelly Cross and in a moment of highly unbelievable madness buys the girl for ready cash.
Full review at The Guardian.
Posted by Beattie's Book Blog at 6:36 am