The winner of the annual Nielsen BookData NZ Bookseller’s Choice Award 2010 was announced during the Conference Dinner in Auckland on the 29th of August.

This award is unique in that it recognises the crucial role booksellers play in promoting books, and they were asked to vote for the book they most enjoyed selling this year.

The winner is: The Wonky Donkey by Craig Smith and Katz Cowley, published by Scholastic NZ 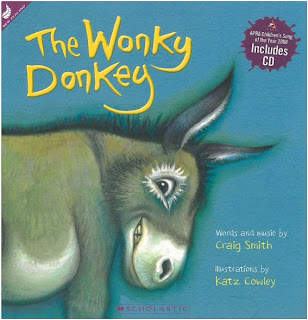 This year’s winning title is one that has astonished many people and broken many records.

• Since publication in September 2009 it has been the top selling title overall (adults and children’s books) for three weeks.

• It has been in the Top Ten bestselling children’s titles for the last 47 weeks, basically since publication.

The launch of the Nielsen BookScan service in December 2008 has meant that bestsellers charts based on actual sales of books are now available. What Nielsen BookScan charts show is that there is no doubt we like to read about ourselves. Even faced with an enormous choice from overseas, we buy a lot of New Zealand published titles.
For example during the week ending on the 21th of August an astonishing 84 New Zealand published titles were in the top 300 bestsellers.

The Wonky Donkey was up against:

• As the Earth Turns Silver by Alison Wong, published by Penguin Books NZ

Martine Poiree, Nielsen BookData New Zealand Manager, presented the award and a cheque for $2,500.00 to Craig Smith and Katz Cowley at the annual Booksellers Conference Dinner and Industry Awards, and Craig Smith delighted the audience by giving a great rendition of “The Wonky Donkey song”. 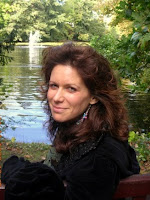 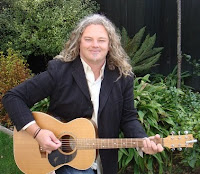 Posted by Beattie's Book Blog at 9:29 am