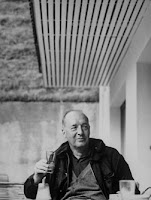 You know the line: "Just when I thought I was out, they pull me back in." It's Pacino, complaining about the mob in Godfather III (or maybe about the Hollywood culture that got him to do the much-derided second sequel). Here I'm talking about the world of Nabokov controversies. Some pretty rough characters in that mob, too. You don't want to get on the Don's bad side.

Anyway, I had just emerged from several years of contention over the manuscript of Nabokov's last novel, The Original of Laura. You remember: He'd enjoined his heirs to burn the pencil-written index cards of the fragmentary draft. His son Dmitri, after much agonizing—and public prodding from me—had decided to publish it.

In the course of writing about it, I had changed my position on whether Nabokov's burn order should be carried out at least twice—the whole thing was exhausting. Though I must admit that when it finally came out last fall, I was at least ambivalently pleased at ending up in the Laura acknowledgments, despite ultimately opposing publication. I spent a lot of time trying to get Dmitri Nabokov to make up his mind. I deserved to be acknowledged.

But things seemed to have settled down since the book came out. Then, like I said, I found myself dragged back again. More willingly this time because it was a controversy over what I regard as Nabokov's greatest work, his 1962 novel, Pale Fire.

Just about a month ago, when I was out of the country, I got a voice-mail from an old friend, Mo Cohen, who offered to show me a new Nabokovian objet d'art that is likely to touch off the next big Nabokov controversy. One that takes us deeper into the heart of the work of perhaps the greatest novelist of the past century than the dispute over Laura did. And one that's similar to the Laura affair in that it once again tempts us into divining a dead author's intentions.
The full story at SLATE.
Posted by Beattie's Book Blog at 4:06 pm