The book - which took seven years, more than 100,000 four-wheel-drive kilometres and countless hours’ walking in dense forest to complete - was presented with the honour by the Hon. Christopher Finlayson, Minister for Arts, Culture & Heritage at a gala dinner ceremony in Auckland tonight. 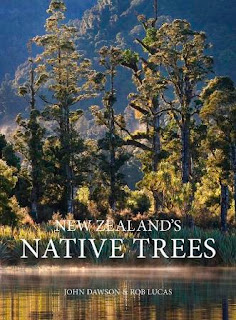 New Zealand Post Book Awards judges convenor, Chris Bourke said on behalf of the judging panel that New Zealand’s Native Trees is a masterly example of publishing of the kind that is seen only once in a generation.
“From the detailed and authoritative research, accessible and comprehensive writing, detailed yet expansive photography, near flawless editing, design and layout this is a quality book from start to finish. Its impact on the community and on generations to come is self-evident.”
The book contains more than 2,300 photographs, many of which took photographer Rob Lucas several visits to some of the country’s most inaccessible areas to capture. The book also won the Illustrated Non-Fiction Category. 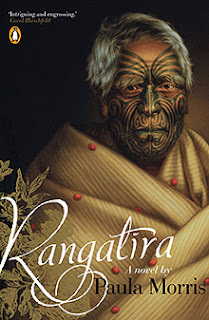 Internationally recognised novelist and creative writing teacher, Paula Morris (Ngati Wai) is this year’s New Zealand Post Book Awards Fiction Category winner for her work, Rangatira.
The historical novel which is based on Morris’ tupuna (ancestor), Paratene Te Manu’s 1863 visit to England, was exhaustively researched.
Mr Bourke said the judges were impressed by the refreshing purity of purpose to Morris’ story-telling.
“It never seems jaded or cynical or calculating; instead the struggle to comprehend otherness is rendered perceptively, directly, consistently — and compellingly.” 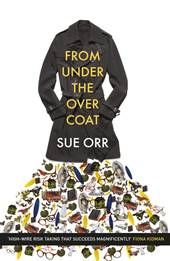 Sue Orr, former speechwriter to Governor-General Dame Silvia Cartwright, took this year’s People’s Choice Award for her short story collection, From Under the Overcoat. The award is much-coveted by authors as a reflection of their book’s popularity.

Journalist, playwright, author and producer Chris Winitana (Ngati Tuwharetoa and Ngai Tuhoe) was presented with the New Zealand Post Māori Language Award for his book, Tōku Reo, Tōku Ohooho : My Language, My Inspiration;  a book that explores the struggle to save the Māori language over the last 40 years.
New Zealand Post Book Awards judge and Māori language advisor, Paora Tibble said that as a te reo Māori publication, Tōku Reo, Tōku Ohooho is groundbreaking.
“Chris Winitana mixes traditional language with modern metaphors. He shows te reo Māori as a living language; creating new contexts for words and phrases buried in our not too distant past. His knowledge of te reo is remarkable.
“With this book, Chris Winitana takes us on the adventure of a lifetime. For 40 years, Māori have fought to revitalise their language. This is their story.” 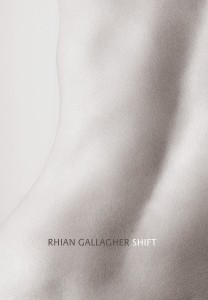 Rhian Gallagher's second collection, Shift, which encompasses a departure from London where she lived for 18 years, and a return to New Zealand, her country of birth, won the Poetry Category Award.
Mr Bourke commented that Rhian Gallagher’s collection was an example of lyrical poetry at its very best.
“The poems offer elegance, mysteriousness, musical harmonies, satisfying quietness and subtle emotions. Sounds and themes stitch the collection with an assured and unifying touch. You fall upon little autobiographical traces in the shadows, traces that are both moving and intense.” 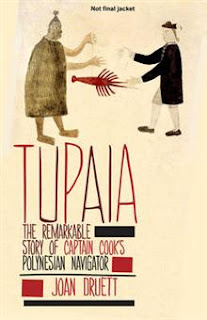 Historian and novelist, Joan Druett won the General Non-Fiction Category Award for her work, Tupaia: The Remarkable Story of Captain Cook’s Polynesian Navigator.
“Tupaia’s richly detailed drawings and paintings are a precious legacy and are stunningly reproduced in a book which will intrigue and inspire. Everything about Tupaia reflects Druett’s careful research and passion for her subject.
“This is a wonderful book.”