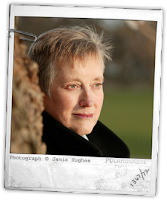 Most impressive but I have never quite understood how it is that in her retirement she has written six novels featuring secret service agent Liz Carlyle whose experiences must in some form reflect her own while at MI5? I would have thought there would be some clause in secret service contracts that prevented such a subsequent career.
Well fortunately for us readers there is clearly no such restriction and in her latest novel, RIP TIDE, we are treated to another totally believable, superbly crafted, contemporary intelligence thriller. I have read all six of her Liz Carlyle yarns and have enjoyed them all.
When pirates attack a cargo ship off the Somalian coast, at the outset of Rip Tide and one of them is found to be a British-born Pakistani, alarm bells start ringing at London's Thames House.
Liz Carlyle is brought in to establish how and why a young British Muslim could go missing from his well-to-do family in Birmingham and end up onboard a pirate skiff in the Indian Ocean, armed with a Kalashnikov.
Good stuff. Rimington's stories, unsurprisingly, have a clear ring of authenticity about them. I put her up there with Tom Clancy but with some way to catch John Le Carre.
As an aside I note that Dame (by the way) Stella Rimington in chairing the Man Booker Prize judging panel this year. Now that is a big job which must surely delay the next Liz Carlyle yarn?
Posted by Beattie's Book Blog at 6:46 am