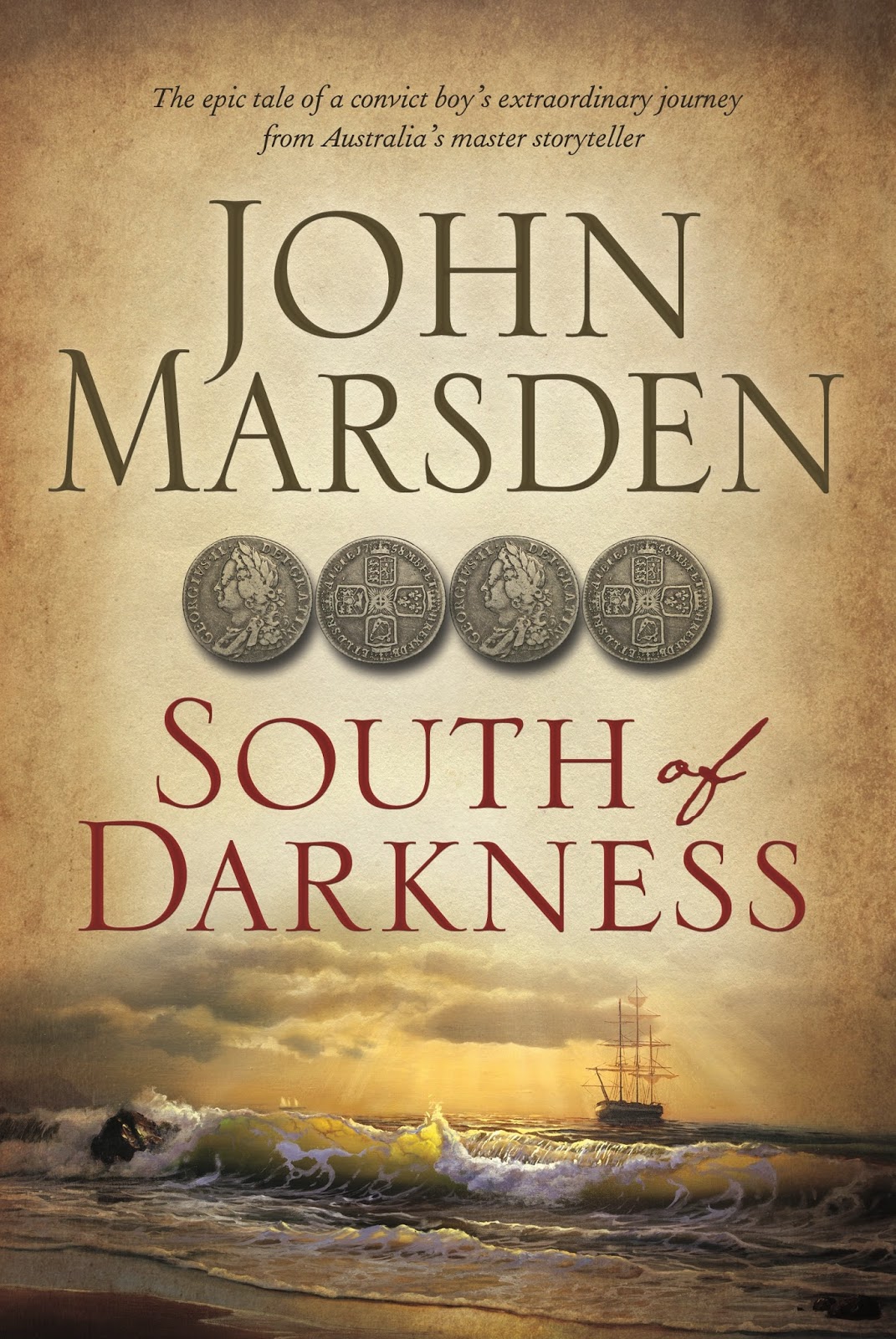 Thirteen-year-old Barnaby Fletch is a bag-and-bones orphan in London in the late 1700s.

Barnaby lives on his wits and ill-gotten gains, on streets seething with the press of the throng and shadowed by sinister figures. Life is a precarious business.

When he hears of a paradise on the other side of the world – a place called Botany Bay – he decides to commit a crime and get himself transported to a new life, a better life.

To succeed, he must survive the trials of Newgate Prison, the stinking hull of a prison ship and the unknown terrors of a journey across the world.And Botany Bay is far from the paradise Barnaby has imagined. When his past and present suddenly collide, he is soon fleeing for his life – once again.

A riveting story of courage, hope and extraordinary adventure.

John has published more than 40 books, including the bestselling The Tomorrow Series. Tomorrow When the War Began was made into a highly successful movie in 2010.
Posted by Beattie's Book Blog at 4:23 pm

hope there are plans to interview him on the Book Programme :)