Ian McEwan on The Cement Garden, sexual gothic and being in the 'toddlerhood of old age'

The writer's first novel brought him fame and a reputation for the macabre. As a new production of the book is about to be staged in London, he talks about whether he has lost his bite 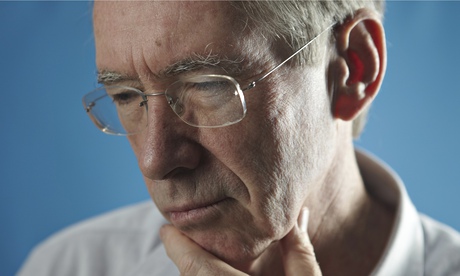 Ian McEwan: 'The Cement Garden fed into a rather apocalyptic sense of things.' Photograph: Andy Hall

Ian McEwan was in Iowa in late 1977, teaching on a writers' workshop, when he got a call out of the blue. An American editor was on the line. She was a fan of his short stories, she said. There were rumours he had just completed his first novel. Would he care to send it?

McEwan offers a short, dry laugh. "I said no. I can't imagine what I was doing. And she said: 'Well, what if I got on a plane, stayed with a friend at the workshop, and he happened to leave your novel on the table?' So I said: 'OK.'" A slight pause. "Then she wanted to know what the title was. I had no idea. She said: 'Why don't you call it The Cement Garden?' I just agreed." He shakes his head. "It hadn't even occurred to me, the business of a title …"

The rest is, if not quite history, then at least publishing legend. Just 138 pages long and narrated in the deceptively affectless monotone of a 14-year-old boy called Jack, The Cement Garden tells the story of how he and his three siblings retreat into their own world after the death of their parents. The garden in question may have been concreted over by their father, but it's when their mother dies – and her body requires disposal – that the spare cement comes into its own. Freudians will be able to guess the rest.

The book became a cult hit on both sides of the Atlantic, and earned McEwan, as well as a new career as a novelist, an inevitable soubriquet: Ian McAbre. One American critic was wittier: McEwan's fiction, he wrote, paraphrasing Hobbes, was "nasty, British and short".
More
Posted by Beattie's Book Blog at 9:57 am