Amazon was the grinch that stole Britain’s Christmas

New research data from Kantar Worldpanel will bring absolutely no comfort whatsoever to the UK’s legions of Amazon haters. For the statistics in its quarterly entertainment barometer show that in the UK, “for the 12 weeks ending 22 December 2013, Amazon posted its highest ever market share and now holds over a quarter of the market (26.3 percent), a 5.9 percentage point growth compared with the same period last year.” 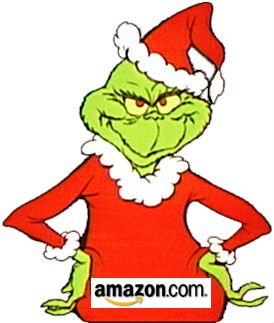 Kantar’s coverage is of entertainment products in general, especially videos and music. “Amazon traditionally performs strongly in gifting at Christmas and this year was no exception,” said Fiona Keenan, strategic insight director at Kantar Worldpanel. “Almost a third of all entertainment gifts purchased in the final quarter of 2013 were bought from the retailer and this drove its market share to increase across all categories.”

Amazon’s other competitors in the entertainment arena mostly saw fairly static performance between 4Q 2012 and 4Q 2013, with the exception of HMV. Although slightly up on its 3Q performance, HMV still saw its market share fall from 21 percent to 12.5 percent when the last quarters of 2012 and 2013 are compared. Amazon seems to be eating its lunch by the pailful.


“Music and video are suffering; the video games market is relatively stable, down by only 2 percent year-on-year, while video and music have suffered heavy annual declines of 22 percent and 16 percent respectively,” Kantar concluded. “Video remained the most gifted entertainment product with family titles doing particularly well – Despicable Me 2 was the most popular gift, followed by Monster’s University and then the much-hyped Breaking Bad.”
Posted by Beattie's Book Blog at 6:31 am