Daphnes book prize launched to right literary wrongs of past

New prize will start by reappraising 1963's fiction gongs, when John Updike's The Centaur won National Book Award ahead of The Bell Jar and V 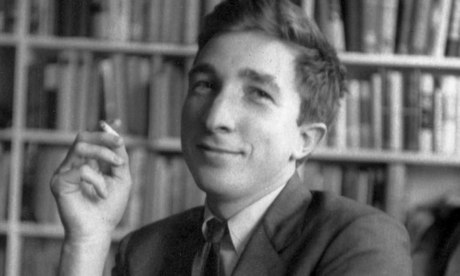 John Updike shouldn't have won the National Book Award in 1964, according to the organisers of a new retrospective book prize which is setting out to "right the wrongs of 50 years ago" by throwing titles including The Bell Jar and V into the mix.


The awards, to be known as the Daphnes, are being set up by literary book site Bookslut. "If you look back at the books that won the Pulitzer or the National Book Award, it is always the wrong book," writes editor Jessa Crispin. "Book awards, for the most part, celebrate mediocrity. It takes decades for the reader to catch up to a genius book, it takes years away from hype, publicity teams, and favouritism to see that some books just aren't that good."


The awards will start with books published in 1963, when Updike's The Centaur – "ugh," said Crispin – won the 1964 National Book Awards. Bookslut has begun to compile a list of titles published that year, including Sylvia Plath's The Bell Jar, Kurt Vonnegut's Cat's Cradle, Thomas Pynchon's V - a runner-up to Updike in the National Book Awards – Thomas Bernhard's Frost, JG Ballard's Passport to Eternity and Iris Murdoch's The Unicorn. Hopscotch by Julio Cortázar, The Spy Who Came In From the Cold by John le Carré, Divided Heaven by Christa Wolf and The Girls of Slender Means by Muriel Spark are also in the running for the fiction prize, with non-fiction, poetry and children's book awards also to be made.
More
Posted by Beattie's Book Blog at 6:41 am