CAPTIVE The Story of the Cleveland Abductions 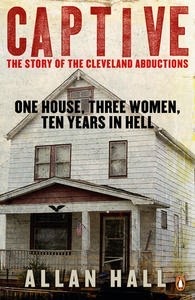 Three innocent girls.  One Monster.  After 10 years in captivity the nightmare ends and the story of the Cleveland abductions can be told.

For ten years these three girls will remain undetected in a house just three miles from the block where they all went missing, held captive by a horrifying sexual predator.  CAPTIVE reveals the dark obsessions that drove Ariel Castro to kidnap and enslave his innocent victims.

Based on exclusive interviews with Castro’s neighbours, the Cleveland police, the FBI and the victims’ families, this is the unflinching record of a truly shocking crime in a very ordinary neighbourhood.  It also includes never-before-seen photographs, police reports and newly disclosed evidence.


Allan Hall was a New York correspondent for ten years, first for The Sun and later for the Daily Mirror.  He has spent the last decade covering German-speaking Europe for newspapers including The Times and the Mail on Sunday.  He is the author of two previous books, MONSTER, an investigation into the life and crimes of Josef Fritzl and GIRL IN THE CELLAR: The Natascha Kampusch Story.  He lives in Berlin.
Posted by Beattie's Book Blog at 1:01 pm