Each writer receives $60,000 in recognition of their significant contribution to New Zealand literature. The Awards are administered by Creative New Zealand.

“Dick’s history Ask that Mountain is recognised as one of New Zealand’s most influential books. Reprinted eight times since its publication in 1975, Ask that Mountain brought events at Parihaka into the nation’s consciousness,” Helen Clark said.

“Dick Scott is an independent and original writer of New Zealand history; following his own path he has brought new perspectives to a range of episodes in New Zealand’s past.”

Helen Clark said Bill Manhire is a leader in the field of New Zealand poetry.

“Bill writes with extraordinary skill, wit and wordplay. He combines the special talents of being both a gifted wordsmith and in touch with his audience to produce poetry that moves us,” Helen Clark said.

Helen Clark described Fiona Farrell as an inventive and experimental author who pushes the boundaries with her writing.

“One of New Zealand’s most versatile writers, Fiona Farrell’s books are never the same - but always of a high quality. Her writing has the rare feature of being both witty and profound,” Helen Clark said.

“Fiona’s work reflects on and provides fresh insight into the experience of being a New Zealander.”

Creative New Zealand Chair Alastair Carruthers thanked the writers for the outstanding contribution they had all made to New Zealand literature.

“By acknowledging our leading literary figures in this way, we not only pay tribute to their individual contributions, but also recognise the importance of having a strong body of New Zealand literature which reflects our unique culture, and helps us better understand where we live,” Alastair Carruthers said.

The Prime Minister’s Awards for Literary Achievement, along with the Creative New Zealand Michael King Writers’ Fellowship, were established in 2003.

Every year, New Zealanders are invited to nominate their choice of an outstanding writer who has made a significant contribution to New Zealand literature in the genres of non-fiction, poetry and fiction. The nominations are assessed by an expert literary panel and recommendations forwarded to the Council of Creative New Zealand for approval.

The 2007 Prime Minister’s Awards for Literary Achievement were celebrated as part of New Zealand Book Month, which runs from 3 – 30 September.

Dick Scott (non-fiction)
Dick Scott has had a long and distinguished career as an historian and journalist. In his early career he edited a variety of publications, was a publicity officer and union secretary.

His first book 151 Days, published in 1952, was an account of the 1951 Waterfront Dispute, but he is perhaps best known for his work on the Maori pacifist leader, Te Whiti. The first of two books on Te Whiti, The Parihaka Story, was published in 1954. The second, a much fuller account, Ask That Mountain, was published in 1975 and has been very influential. It has been described as bringing the events of Parihaka into the mainstream consciousness for the first time. Commenting on the book and the momentous personal journey that he was taken on, Dick Scott said “It’s the biggest thing that’s happened to me.”

Ask That Mountain has been reprinted eight times and can be found in almost every public and secondary school library in New Zealand.

Dick Scott has written a number of histories of aspects of the Auckland region, several books on Pacific history and an autobiography A Radical Writer’s Life which, like all his work, was written in longhand.

Fiona Farrell (fiction)
Fiona Farrell is a poet, fiction writer and playwright with an international reputation and an impressive body of work. She has often been described as one of New Zealand’s most versatile 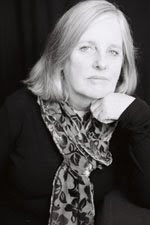 writers, both witty and profound.

She has had many plays performed on stage and radio and won the Mobil Award for Best Radio Drama in 1990 for The Perils of Pauline Smith.

Her short stories and poetry have appeared in many anthologies and she has won several awards for short fiction including the BNZ Katherine Mansfield Memorial Award and the American Express Award.

Her first novel, The Skinny Louie Book won the 1993 New Zealand Book Award for fiction and The Hopeful Traveller and Book Book were runners up in the Montana New Zealand Book Awards. She has held several residencies including the Katherine Mansfield Fellowship in Menton in 1995, the Canterbury University Writer in Residence in 1991 and the inaugural Rathcoola Residency in Donoughmore, Ireland in 2006.

Bill Manhire (poetry)
Bill Manhire has huge standing in the New Zealand literary community and internationally. He is recognised as among the two or three finest poets of his generation. He has been the recipient of many literary prizes including the New Zealand Book Awards in 1977, 1984, 1992 and 1996 and his poetry is published in many international and local journals. He was the first Te Mata Estate Poet Laureate and was the recipient of the Meridian Energy Katherine Mansfield Fellowship in 2004. In 2006 he won the Montana New Zealand Book Award for Poetry.

Bill Manhire is also the author of the critical study, Maurice Gee and he has edited two volumes of NZ Listener Short Stories as well as many other anthologies of stories and poems.

He is Director of the International Institute of Modern Letters at Victoria University which offers a range of creative writing courses and has inspired many young writers. He was made a Companion of the New Zealand Order of Merit for services to literature at the 2005 Queen’s Birthday Honours.
Author pics from NZ Book Council website.
Posted by Beattie's Book Blog at 4:31 pm

If you can try and get hold of Fiona Farrell's speech, although on second thoughts it may have been unscripted. It was an extraordinarly eloquent and deeply passionate tribute to her family, her forebears and her country,a pakeha version of the best of Maori oratory. It was stunningly good.