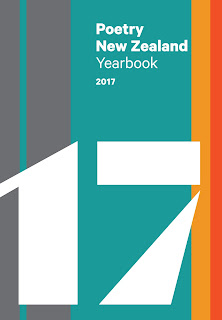 Poetry New Zealand is New Zealand’s longest-running poetry magazine, showcasing new writing from this country and overseas. It presents the work of talented newcomers and developing writers as well as that of established leaders in the field.


Founded by Wellington poet Louis Johnson, who edited it from 1951 to 1964 as the New Zealand Poetry Yearbook, it was revived as a biennial volume by Frank McKay in 1971, a series which lasted until 1984. David Drummond (in collaboration with Oz Kraus’s Brick Row Publishing) began to publish it again biannually in 1990. The journal reached its 48th issue in 2014, the year its present managing editor, Jack Ross of Massey University’s School of English and Media Studies, took it back to its roots by renaming it the Poetry New Zealand Yearbook.


The magazine’s policy is to support poetry and poets both in New Zealand and overseas. Each issue since 1994 has featured a substantial feature showcasing the work of a developing or established poet. It also includes a selection of poetry from New Zealand and abroad, as well as essays, reviews and critical commentary.
Massey University Press - $34.99
Posted by Beattie's Book Blog at 8:58 am