The poignant, personal story of Stieg Larsson's partner, Eva Gabrielsson, and their life together.
There is only one person who can tell the real Stieg Larsson story, and that is his lifelong companion Eva Gabrielsson. This is her book.
The keys to the ‘Stieg Larsson phenomenon’ all lie with Stieg Larsson, the man, and no one knew him like Eva. Here she tells the story of their 30-year romance, of Stieg’s life-long struggle to expose Sweden’s Neo-Nazis, of his fight to keep the magazine he founded, Expo, alive and his difficult relationships with his immediate family. She talks of the genesis of the Millennium trilogy, the sources for characters and places in each book, the mystery of the fourth volume and the saga of Larsson’s death and his legacy.
Poignant in its account of two soul-mates and the life they shared, this is a story told with candour and dignity. It reflects a deep insight into a man everyone wants to know better, about whom so little is known.
Allen & Unwin acquired the rights to publish Stieg and Me in a deal with US publisher Seven Stories Press, and together are sharing the costs of translation from Swedish into English. Previously, it has been published in Europe where it generated much controversy and discussion.
ABOUT THE AUTHORS
Eva Gabrielsson, life-long partner of the late Stieg Larsson, is an architect and author in Sweden of books on a variety of subjects including concubinage and architecture. She is the translator of Philip K. Dick’s The Man in the High Castle into Swedish, and has been involved with Expomagazine since it was founded by Larsson.
Marie-Françoise Colombani is a columnist at French Elle magazine and the author, most recently, of a book of interviews with Socialist presidential candidate Ségolène Royal.
Winner of the Scott Moncrieff Prize and twice awarded the French-American Foundation Translation Prize, Linda Coverdale is a distinguished translator of dozens of Francophone authors into English, including Marguerite Duras, Jorge Semprun, Jean Hatzfield and Emmanuel Carrère. 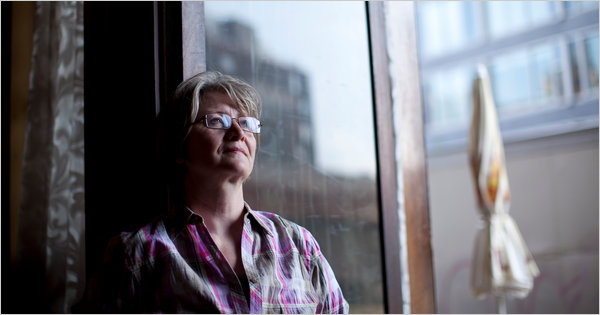 
And here is the New York Times review
The New Zealand Listener this week (issue dated July 2-8) also devotes three pages to the book reviewed by Margo White who describes it as "disappointing, a patchwork of thoughts, recollections and diary entries that barely stretches to 200 pages". White is clearly not as fascinated by the whole Stieg Larsson story as I am, and I suspect many others are, and while the book is, as the NYT reviewer says, "straightforward and unadorned", it is another look, and a well-informed one, into the life of this man and his remarkable story, and at the long and devoted partnership he enjoyed with Gabrielsson.

I have carried numerous stories about Larsson from around the world on this blog as well as reviewing his three books myself and carrying a raft of other reviews.I read everything I can about him and this new book is a valuable addition to my Larsson knowledge hoard. If you are interested in the Larsson story be sure to read this book.
Allen & Unwin - $29.90.
Posted by Beattie's Book Blog at 12:44 pm