The Bookman can't remember when a NZ title gained quite as much media attention as this new title from Random House. Excerpts and stories throughout the media with numerous Letters to the Editor in the major dailies as well as magazines and I hear talk back radio has been giving the book a lot of airtime.
Morgan is going head-to-head with Ian Wishart on Leighton Smith’s Newstalk ZB, this coming Tuesday, 19 May 10-11am. Should be a lively and compelling debate given that both Leighton Smith and Ian Wishart appear to sit firmly in the sceptics’ camp. 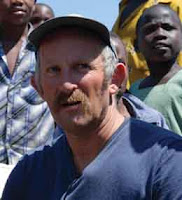 Morgan, who has always been one for saying it how it is, and thus no stranger to controversy, says he is alarmed at the level of vitriol being lobbed at him over his new climate change book. He says both sides are prone to losing their objectivity but this emotional outpouring shows exactly why it's important to open up this discussion right now.
“We say in the book that the subject just gets peoples’ danders up and sure enough I'm getting it in the neck, again, from both sides," says Morgan.
"Still, at least when you're getting it from both sides, you know you're being balanced.
"Furious emails and blogs started coming through before the book was even out so I have no idea what they were basing their anger on. The alarmists are outraged because we, as lay people, have even deigned to wade into the debate. Aren’t we cheeky?
"You should see what's on the blogs and the emails we've been getting. I've even lost a couple of KiwiSaver clients because they're so brassed off with me. What's that about? Where are their heads you may well ask. The emails to the TVNZ Sunday programme in response to their story were apparently toxic.
"It reeks of insecurity and flimsiness and shows loud and clear why we absolutely need this book. Both the Wellington and Christchurch events will be packed next week which shows just how much ordinary people are interested in and want to be part of this debate. They are craving sensible and meaningful information so they can make up their own minds. I’m looking forward to my nationwide speaking tour this year as well. I’m sure there are heaps of ordinary folk out there like us who just seek some clarity on this issue."

Called Poles Apart: Beyond the shouting, who's right about climate change, Morgan engaged the best scientists from both sides of the debate to put forward their most compelling evidence to draw some conclusions to determine whether global warming is a direct result of human impact or if it's simply nature taking its course. The book pulls this together and then Morgan, one of our highly regarded economists and investment advisors, and talented writer/co-author John McCrystal, come up with their verdict.

“The whole aim of the book was to start with a clean slate. I guess you could say I took an agnostic view on the subject and John was definitely a sceptic. But we both left any preconceptions at the door and allowed gems of knowledge from the debate between some of the best scientists in the world on these issues to flow over us. You can’t get a more exciting journey than that to end up where we have. It’s been a bumpy ride, that’s for sure, and only the most prejudiced on this issue would not be able to enjoy the journey in the same way we did,” says Morgan.
Posted by Beattie's Book Blog at 8:43 am

Thanks for the tip, I listened this morning, but Gareth Morgan got cleaned up by Ian Wishart. Not sure whether I'll buy Poles Apart now.