BIG NOVELS SEEM TO BE THE ORDER OF THE DAY
A whole raft of big works of fiction seem to have crossed my desk in recent weeks. Here are some of them, ideal for holiday and/or plane reading. 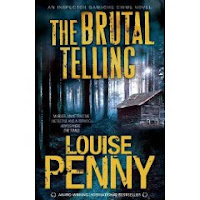 THE BRUTAL TELLING (Headline-$34.99)- This Inspector Gamache crime novel is by the inetrnationally acclaimed Canadian writer Louise Penny. It is her 5th and is likely to win her yet another Agatha Award. 374 pages. 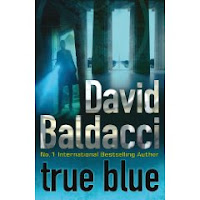 TRUE BLUE (Macmillan $39.99)/ Baldacci is the author of 15 consecutive New York Times bestsellesr and I'm sure this one will be no different. His books are translated into 40 langauages and are sold in almost 80 countries, a testament to his poularity and stroyttelling ability. Mace Perry was a maverick cop on the DC police force until she was kidnapped and framed for a crime. This 456 page whopper tells the compellling story of her trying to rebuild her life and track down those who set 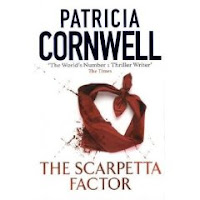 THE SCARPETTA FACTOR (Little,Brown - $38.99). Patricia Cornwell is rated by many as the world's number one thriller writer. This isher 17th novel featuring Dr.Kay SCarpetta so she is certainly doing something right. Here is the opening sentence - A frigid wind gusted in from the East River, snatching at Dr.Kay Scarpetta's coat as she walked quickly along 30th street.It is the week before Christmas and the effects of the credit crunch have prompted our protagonist to offer her services pro bono to New York City's Office of the Chief Medical Examiner. This 492 pager tells the story of where that charitable act leads.

NINE DRAGONS (Allen & Unwin - $38.99). Michael Connelly is another huge name when it comes to crime thrillers and in this latest title just released in NZ and Australia Harry Bosch returns with an assignment to a homicide call in South L.A. He soon identifies a suspect, a L.A. member of a Hong Kong triad. Set in both L.A. and Hong Kong. He is a great storyteller and this is him at his best. I like Harry Bosch, this is the 15th novel in which he has appeared. 378 pages.

THE BEST OF ZANE GREY (Crows Nest - $35). Three of Zane Grey's much-loved, and most famous western novels in one fat book running to 656 pages, all complete and unabridged-Riders of the Purple Sage, The Trail Driver, Rangers of the Lone Star. Amazing to think that his firstnovel was published way back in 1903 and many of them are still in print. he has always been regarded as the master of the western although in New Zealand he is best remembered for his frequent visits to the Bay of Islands to partake in his great poassion for deep sea fishing, in fact today there is a lodge up there named after him.

LAST NIGHT IN TWISTED RIVER (Bloomsbury - $35). A new novel from John Irving is always a cause for celebration and this 554 page monster comes highly recommended with several US critics putting up there with his previous best and that is saying something when you think back to The World According to Garp, The Hotel New Hampshire, A Prayer for Owen Meany and The Cider House Rules. Bloomsbury - $38.99). Another master at work, William Boyd, winner of many book awards. This one, weighing in at just over 400 pages, is a conspiracy novel about the fragility of social indentity, the corruption in the world of big businbess, and the secrets that lie hidden in the underbelly of big cities.

osest ex-SAS comrades it was to have been the perfect, vivtimless crime but when they are double-crossed and everything goes badly wrong only Stone can identify the killer and track him down. 398 pages.
Posted by Beattie's Book Blog at 5:45 am