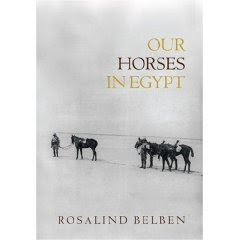 Two little-known writers have collected £10,000 each as the latest winners of Britain's oldest literary awards.
The James Tait Black Memorial Prizes are awarded to one work of fiction and one work of biography each year.
Rosalind Belben's Our Horses in Egypt won for fiction, and Rosemary Hill's God's Architect: Pugin and the Building of Romantic Britain won for biography.
Former winners of the prize, announced earlier in Edinburgh, include DH Lawrence, EM Forster and Graham Greene.
The full story from BBC online.
Posted by Beattie's Book Blog at 4:55 am