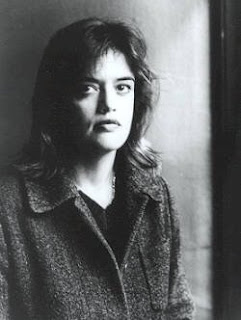 Nudging out international literary heavyweights Alice Munro and David Malouf, Charlotte Grimshaw's new short story collection, Opportunity, has made the shortlist of six for the Frank O’Connor International Short Story Award, the world's richest short fiction prize (NZ $59,000) The collection, published in May of this year, had been longlisted for the award in May.

Grimshaw joins Israel's foremost writer and four other writers in the running for the top prize which will be announced at the Awards ceremony, in Cork, Ireland on Sunday, 23rd September.

Grimshaw will attend the Awards courtesy of the Cork City Council and the Munster Literature Centre in association with the Irish Times. She will also read from her shortlisted book during the Frank O'Connor International Short Story Festival, which begins Wednesday, 19th September.

The four others short-listed are: Manuel Muñoz is a short story writer with his second collection, The Faith Healer of Olive Avenue; Olaf Olafsson, shortlisted for Valentines; Simon Robson, the only British writer to make the shortlist; and Miranda July, for her collection, No One Belongs Here More Than You.

Opportunity went to re-print here within a month of publication.

About Opportunity: Opportunity is a collection of short stories, rich in vivid insight into a diverse range of lives. It is a book about storytelling, about generosity and opportunism; above all it is a celebration of the subtleties of human impulse. A man confronts death after an operation, a devout Christian encounters a man who hurt her long ago, a secretary uncovers her boss’s secret shame. And in a house in Auckland an elderly woman is writing the last book of her life, one which, she says, contains all of her crimes. How are the characters connected and who is writing the stories?

About the Frank O'Connor International Short Story Award, sponsored by Cork City Council and the Munster Literature Centre in association with the Irish Times: The third Frank O'Connor International Short Story Award will be made in September 2007 at the Frank O'Connor International Short Story Festival in Cork, Ireland. The prize is for 35,000 euros (approx US$42,500). Eligible books are those by living authors, published for the first time, in English anywhere in the world, between September 2006 and August 2007 (selecteds, collecteds or books containing stories published in a previous volume of stories by the author are not eligible). Translations are eligible. If a translation wins, the prize will be split evenly between translator and original author.