Grace Coddington Gives Inside Look at Vogue in Memoir

The Very Model of a Fashion Insider 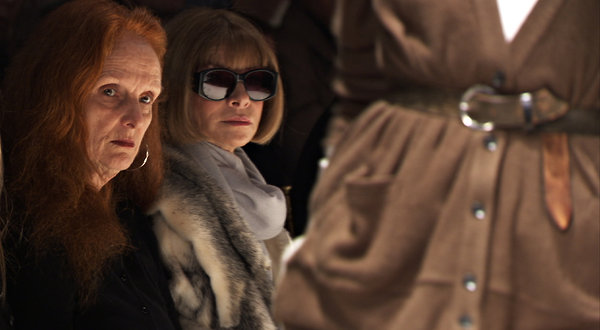 The arrival of Grace Coddington’s splashy, dishy, very giftable memoir, “Grace,” can be directly traced to “The September Issue,” R. J. Cutler’s 2009 documentary about the inner workings of Vogue magazine. Although Anna Wintour, the magazine’s editor in chief, appears at first to be the main subject, the film is hijacked by the feisty, grousing Ms. Coddington, Vogue’s creative director, who is seen fighting hard for her own ideas, reacting bitterly when they are rejected and generally upstaging her boss, coming across as the brains of the operation. 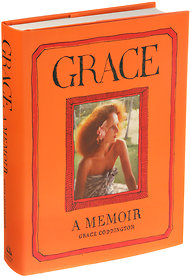 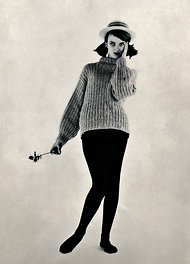 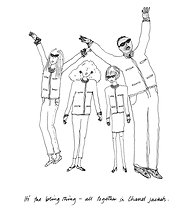 An illustration by Grace Coddington from her book.

Fashion insiders (“Grace: Thirty Years of Fashion at Vogue”) and cat fanciers (“The Catwalk Cats” by Grace Coddington and Didier Malige) already knew Ms. Coddington — not from her two earlier books but from the extreme, hallucinatory beauty of the photo spreads she dreams up, styles and supervises. But in “Grace” Ms. Coddington credits “The September Issue” as “the only reason anyone has ever heard of me.”
She’s being modest of course. One of the film’s surprises is that Ms. Coddington, who by her late 60s (she is now 71) had the look of a vengeful wraith, was once a fresh-faced young beauty with a high-profile modeling career. “Grace” contains many pictures of her, from her Welsh girlhood to the London fashion world at its most fab, then on from a career at British Vogue to its American edition. Throughout, her chameleonlike quality is phenomenal.

At first she could look like a young Patty Hearst or a young Garbo. She did couture sophistication and 1960s pop futurism with equal ease. She says that she was the model on whom Vidal Sassoon created his famous five-point haircut and that she was drawing doll lashes below her eyes long before Twiggy did it. Her appearance changed most dramatically after Eileen Ford, queen arbiter of the modeling world, plucked her full, beautiful eyebrows to give her an ethereal quality — and to eradicate a natural look that never came back.

“Grace” is more than a companion piece to all these pictures. But since Ms. Coddington has “barely read two books in my life that aren’t picture books,” the text here (on which she collaborated with Michael Roberts) is light and glossy. It is also charmingly forthright, as when she recalls the use of push-up bras and heated hair rollers at the start of her career. “You had these if you were madly up-to-date and avant-garde, which I was,” she says. She had many impetuous romances, as well as modeling jobs, yet approached everything with an eye for fashion. “Stripy cotton pajamas” figured in her first sexual affair.

Full article at The New York Times
Posted by Beattie's Book Blog at 7:03 am