What Lies Beneath - Dispelling ancestral darkness: Elspeth Sandys writes her own life 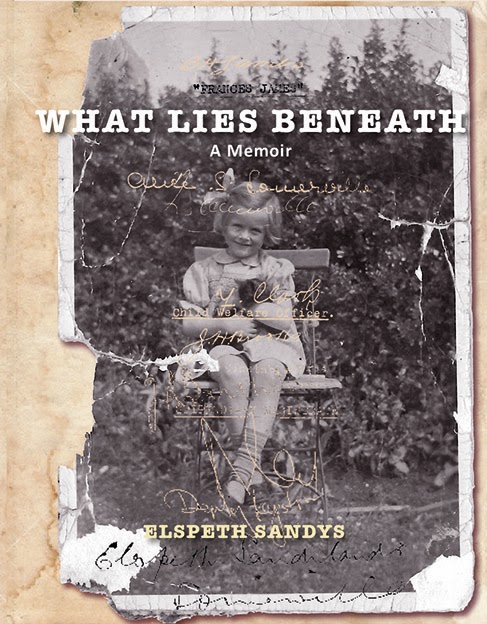 What Lies Beneath
A memoir

Celebrated novelist and dramatist Elspeth Sandys imbues the true story of her own life with the insightful and engaging qualities of narrative fiction. What Lies Beneath, published by Otago University Press, is a compelling, beautifully realised memoir.

‘This is a true story. However, for obvious reasons, some parts have had to be imagined. Where such passages occur I have endeavoured to stay within the facts as I understand them. But facts are slippery things, especially where alternative versions of events exist,’ says author Elspeth Sandys.

Sandys was born during the Second World War, the result of a brief encounter between two people who would never meet again. With her adoption into the Somerville family her name was changed and a new birth certificate issued. It was the beginning of a life that would be subject, more than most, to the fragility and luck of circumstance. While Elspeth was happy among the ebullient Somerville clan, she had a difficult relationship with her adoptive mother, who was frequently hospitalised with mental health problems.

It was not till midlife that Sandys began a search for her birth parents. Gaining an understanding of where she came from took on an urgency, driven in part by events in her adult life, and the desire to ‘dispel the ancestral darkness’ she felt surrounded her.

What Lies Beneath blurs the lines between fiction and history to get at the emotional truth. Interweaving past with present, in a narrative shaped through subtle connection-making,  Sandys writes with the fluidity and insightfulness of a novelist/playwright.

In vividly imagining the plight of her birth mother she shows the love she felt for a woman she would never know in life. We as readers are made to feel the constraints and pressures on an unmarried mother in the conservative social milieu of the 1940s.

What Lies Beneath gives us insight in to the complex nature of memory, the power of secrets, the cost involved in “keeping up appearances”, men’s power and women’s vulnerability. Eloquent, humorous and full of feeling, this is a memoir that will have you re-thinking your own past\

Elspeth Sandys has published eight novels and two collections of short stories, and has written extensively for the BBC and Radio New Zealand. Her novel River Lines was longlisted for the Orange Prize (UK), and her short story collection Standing in Line won the Elena GarroPEN International Prize in 2003. The stage play Masquerade (now known as Vagabonds) was selected for the London International Playwriting Festival in 2005 and was shortlisted in the Columbus State Theatre competition in 2006.
Elspeth has received many awards and fellowships in recognition of her work and in 2006 was made an Officer of the New Zealand Order of Merit for services to literature.