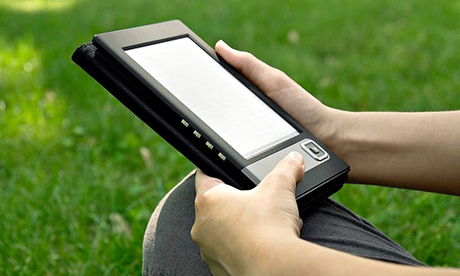 ‘The fact remains that most general readers neither know nor care who publishes their favourite authors.’ Photograph: Alamy

A couple of weeks ago, HarperCollins rolled out a new website in the US that allows customers to buy ebooks direct from the publisher, and will follow with a new UK site next month. It is, of course, citing it as a community-building exercise (which means brand-building), and a way of ensuring that its authors' books are always available to the public. In truth, HarperCollins is currently locked in a pricing dispute with Amazon, as are several other publishers. Amazon recently started blocking pre-orders and delaying shipments on certain Hachette titles as part of a move to remand a higher cut of the retail price.

As Amazon currently has some 60% of the global ebook market, it is difficult to argue with. But few publishers have built viable alternative infrastructures for selling ebooks – Hachette's website just directs visitors to Amazon and iBooks, while Penguin's requires the reader to have Adobe Digital Editions installed, a whole other round of trouble.
More
Posted by Beattie's Book Blog at 11:40 am