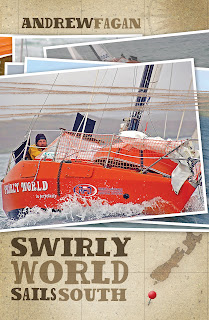 In 2007, Kiwi musician and radio personality Andrew Fagan set sail alone in his 5.4 metre plywood yacht, 'Swirly World', to circumnavigate New Zealand.  And just to make it more difficult Fagan included a leg to the sub-Antarctic Auckland Islands in the notorious Southern Ocean, setting a world record in the process.
All in all he sailed over 3000 miles in two months. Facing such potentially lethal conditions in such a tiny craft took careful planning mixed with extreme determination, serious fortitude and uncommon daring.

Andrew offers a refreshing perspective on the world of solo sailing, .He tells of having to avoid icebergs, sailing through a Force Ten storm in the Southern Ocean and visiting sites of shipwrecks at Port Ross in the Auckland Island group: ‘With the genuine concern of a very fatigued person, I was sailing for my life and I knew it!’

In a country fed on a regular diet of exceptional sailing feats, his voyage was immediately embraced and celebrated. Swirly World Sails South is an accurate and humorous narrative blend written from Andrew’s journal accounts and accompanied by photographs, a selection of which appear below.
He offers a unique and refreshing perspective on the world of solo sailing, bringing the intensity and self-doubt alive and revealing the extreme emotional endurance required in order to complete such a long and multi-faceted journey alone.
Even for a non-sailor like me I have to say I was captivated.Why people take on adventures like this is beyond me but I must say it makes for entertaining reading, and I have the greatest admiration for his daring endeavours, even if I think he is slightly nuts!
Note the book is not available for another three weeks yet. I was fortunate enough to receive an advance review copy.

About the author:
Andrew Fagan is a prominent New Zealand writer, singer and songwriter who gained fame in New Zealand in the 1980s as the lead singer of pop group ‘The Mockers’.
Years ago I lived on Northcote Point during the years when Andrew was with The Mockers and he lived on his boat in Little Shoal Bay. He found out where I lived and rowed ashore on evening to see if I would be interested in publishing his poetry. I wasn’t but recall I gave him some suggestions about how to go about getting published. Over the years he has had several collections published. A multi-talented fellow.

Following the success of The Mockers 1984 hit ‘Forever Tuesday Morning’, Fagan won the RIANZ 1985 award for Top Male Vocalist. Since ‘The Mockers’ broke up he has recorded and performed as a solo artist and is also the author of a sailing autobiography, Swirly World: The Solo Voyages, which captured his epic solo journey across the Tasman. He currently co-hosts a talkback show on Radio Live with his partner, Karyn Hay. 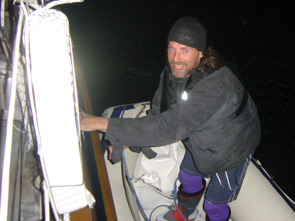 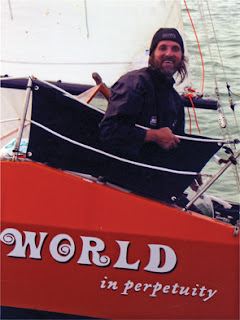 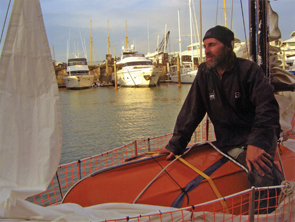 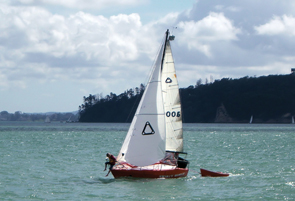 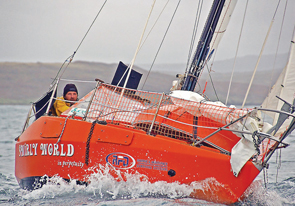 
Saturday 9 June - 1.00pm
Andrew will be at the  Maritime Museum, along with his boat Swirly World, to meet the public and sign books.
Posted by Beattie's Book Blog at 6:31 am