AWRF - The Future of the Novel

Siobhan Harvey reports from the Festival

Two the AWRF’s big names, US novelist, Jeffrey Eugenides and New Zealand author, Emily Perkins shared the stage to discuss what was billed as a ‘where to from here’ for our most popular literary form, but turned into something much more immediate. This was a packed out session, and audiences in this smaller room were thankful for the 2 large screens either side of the stage to save them from having to crane their necks to view participants or missing out on any nuance of debate due to being so very far from the stage. The audience response again proved just how much depth of talent and discussion the Festival is showcasing this year.

‘The Future of the Novel’ was chaired by Listener book reviewer and literary critic, Jolisa Gracewood. She started the session very cleverly with a play on the main themes of semiotics and academia in Eugenides’ new novel, The Marriage Plot. Then she proceeded to offer a thorough outline of the book, one commended by the author himself who commented that he wished he’d had Gracewood with him on his initial promotion of the book. In turn Gracewood offered a similarly sharp overview of Perkins’ latest, The Forrests. “Katherine Mansfield on ecstasy” as Gracewood coined this novel. 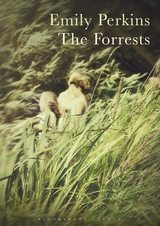 This tone of astuteness and endearing comedy was maintained throughout the session to the audience’s clear delight with Eugenides opening the talk with an outline of The Marriage Plot’s heroine, Madeline, the impact of Anna Karenina on his formation of the book and of its near-historical content, which he summed up thus (to hilarity from the audience): “I don’t consider the 80s the past.”

Perkins responded to the topic of marriage as a “social contract” in her novel, and then spoke persuasively about developing work which has, what she called, “flair-ups” in them because these are what can propel the plot.

The best parts of this session focused on how humour and tragedy are  negotiated elements in the development of both writers’ literatures, Eugenides declaring that, as in The Virgin Suicides, he seeks a balance between the comic and the dark, because the former helps make the latter more toothsome.

Perkins charted the growth of The Forrests from a more experimental text to its completed, more polished release. She spoke of something called “hot noticing” where her focus was upon her main character, Dorothy’s primary sensations and emotions, and how she used these to extend the content and details in the book.

Eugenides’ father’s effect upon his son’s maturity as a writer; Perkins’ personal and literary engagement with typewriters and computers; the non-linear progress of both The Marriage Plot and The Forrests; the role of science in Eugenides’ oeuvre; how both authors deal with academic readings of their work; their tutoring of creative writing: here and elsewhere were areas which took the audience deep into Eugenides’ and Perkins’ literary practices.

The question and answer session saw queries which included what first sparked Eugenides’ interest in hermaphrodites, and the influence of technology on the future of the novel.

What ‘The Future of the Novel’ is didn’t end up being the primary focus of this session; what the audience were offered instead is a thorough and endearing discussion about what the novel is and can be presently through the microscope of the authors’ new outputs. The disparity between the title and the content wasn’t something the audience seemed to mind at all.
Posted by Beattie's Book Blog at 2:50 pm