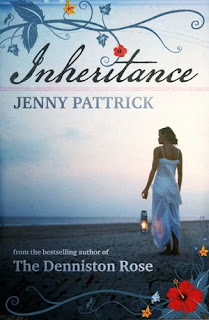 To go all the way to France to write a novel set in Samoa seems illogical. But for Jenny Pattrick a small, bare room beneath the villa where Katherine Mansfield once lived proved to be the perfect place to conjure up images of Apia in the 1960s.

“I loved writing there,” says Pattrick who normally works at home in Wellington. “When I first walked in I thought it might be a little impersonal, but I discovered I could fill it with the people I was writing about. It amazed me, I’d walk in and was immediately in Samoa.”

Pattrick spent nine months of last year writing in Menton on the French Riviera as the recipient of the 2009 NZ Post Katherine Mansfield Prize. In the 40 years since the fellowship has been established many of New Zealand’s literary greats have worked in that same little room beneath the Villa Isola Bella: Janet Frame, Michael King, CK Stead, Maurice Gee, Lloyd Jones to name a few.

“That was a terrific feeling, both intimidating and inspiring,” says Pattrick, who probably counts as the only writer of popular fiction to have made it onto that long list of literary heavyweights.  Over 100,000 copies of her Denniston Rose trilogy have been sold so far - a huge figure for New Zealand.

“It felt like a small triumph to be there,” admits the author who struggled at first with the idea she was a popular fiction writer rather than literary. “It really shocked me that they were putting me in this box.  I read widely and it never occurred to me to think, this is a literary book or this is a popular one. But I’m quite happy with it now. I love that lots of people read my books. It’s a good feeling.”

Her latest novel Inheritance (Random House, $29.99) is the sumptuous, often dark tale that Pattrick conjured up while she was in Menton. It’s a dramatic story about family secrets that opens in Invercargill with Jeanie Roper fleeing from her old friend Elena Levemanaia after spotting her in an art gallery. Pattrick then takes us back to Samoa in the 1960s as Jeanie, along with her part-Chinese father and her bullying husband, arrive to take over the family cocoa plantation. There they encounter great lushness, beauty and friendship, but also racism and extreme brutality.

This fictional story is threaded through with real events that are based partly on Pattrick’s own experiences of 1960s Samoa when she was a young mother living and working there.

“During that time I wrote a fortnightly newsletter for Radio New Zealand and I’ve still got the carbon copies,” she explains. “To re-read them reminds me of all the details and I’ve always wanted to use the material in a story.”

In Inheritance Pattrick writes of the hurricane she experienced, of bandaging the limbs of filariasis sufferers and of the concert she helped to stage to raise funds for the Women’s Committee Headquarters. “With my historical novels I like to put my fictional characters into real places and events,” she explains.

This is 73-year-old Pattrick’s sixth novel. She came to creating fiction relatively late in life but the former teacher and jeweller has no regrets. “I loved my jewellery career so I’m not sorry about that,” she says. “And I’m a person who likes change. My mother was the same. She became an artist in her 50s, took it seriously and was quite a good painter. We live so long now we’ve got time for two careers.”

For many years, however, Pattrick doubted her new career was going to take off. She’d written and rewritten The Denniston Rose endlessly, been rejected by most local publishers and was on the point of giving up when Random House agreed to take it.

“At the time I was advised that they didn’t do historical fiction but they were starting to widen their base and thought they might give it a try. I hadn’t thought of Denniston Rose as historical. I just thought of it as a New Zealand story.”

While some of her best-selling books have been published in Australia, major international success continues to elude Pattrick most likely because she does write such deeply Pacific stories.  “I used to think I should get an agent and get out there,” she says. “But I really like writing New Zealand stories so I think I’ll just stick at that.”

Along with her husband Laughton, she also works on children’s songs and shows and while in Menton the couple completed 17 songs that are to be released along with a kid’s storybook.

“We had a productive time there,” she says. “But we also did a lot of travelling. Italy is close by and we spent a week in Corsica too. I think that’s an important part of the fellowship.  You’re going there not only to write but to gather material for future writing.”

Pattrick certainly has no plans to retire. There are ideas for two more novels maybe more. She is also hoping to return to the setting of Inheritance.

Footnote:
Nicky Pellegrino, in addition to being a succcesful author of popular fiction, (her latest The Italian Wedding was published in May 2009 while her next, Recipe for Life is due from Orion in April), is also the Books Editor of the Herald on Sunday where the above piece was published on 14 March.
Footnote 2:
The Bookman has just had the great pleasure of reading Inheritance and I reckon it is Jenny Patrick's best book yet. I couldn't put it down. It is a great read from beginning to end, wonderful twists and turns, great characterisation, thrilling plot, another winner from NZ's most popular author.It will be at the top of the best-seller list within days.
The publishers have kindly allowed me to use the author's note and acknowledgement from the front of the book and they follow below.
I believe these illustrate the extent of the research the author has undertaken and partly explain the superb and accurate detailing of actual events woven into her magical story.


Note:
The background events mentioned in this novel — the hurricane and its aftermath, the failure of the banana crop, the fi lariasis campaign, the switch to decimal currency, the opening of the new wharf and the grand concert to raise funds for the Women’s Committee Headquarters — all happened during 1966-67 as described. The characters and plot, however, come from my imagination.
Two annual events mentioned in the novel — Tapololo and White Sunday — usually occur in the same month — October. For narrative reasons, I have taken the liberty of separating them by a few months.
A C K N O W L E D G E M E N T S
This novel was written in Menton France, where I held the New Zealand Post Mansfi eld Prize 2009. I thank New Zealand Post and the Winn-Manson Menton Trust for their great generosity.
I wish to thank Guy and Maureen Powles and Taimalieutu Kiwi Tamasese for their generous and patient answers to my many queries. Also Flora Usipua Tamasese-Va‘a, Lynn Barlow, Tim Barlow, Peter Barlow, and Laughton Pattrick.
The following books were among those which assisted my research:
The Making of Modern Samoa by Malama Meleisea
Cyclopaedia of Samoa 1907, reprinted 1984
An Introduction to Samoan Custom by FJH Grattan
Salamasina by Augustin Kramer
and various archaeological research papers by Janet Davidson.
Any errors of fact in the text are entirely my own.
Posted by Beattie's Book Blog at 6:48 am