The woman behind the words 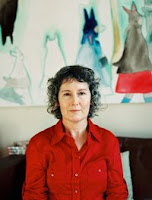 The back cover of her new book describes it as a 20-year collection of her non-fiction, but the subtitle, "Personal Essays", does a better job of capturing the flavour. The title essay, The Love School, is in fact not an essay at all, but a hauntingly dream-like short story, an apparent category error which Knox addresses straightforwardly in her introduction: "I promised Seraphine Pick an essay on her work, but instead produced, as an enchanted response, a story that uses the people of her paintings as characters, and their pictorial situations as plot, and throws in a couple of dreams of my own. The result is a story which - after a lapse of several years - now reads to me like autobiography."
Anyone who has read The High Jump, Knox's collection of novellas about growing up in Wellington in the 60s and 70s, already knows that she allows the boundary between autobiography and fiction to be a highly porous one. Or, as she puts it in one of these essays, "The more personal the work, the more inclusive and unflinching, and the less generalised it is to the experience of others, the more it is universally human. And that is because the core experiences of consciousness - of experience - are particularity and unrepeatability. That's why we think we have souls."
As you'd expect from a two-decade retrospective, this book covers a great deal of ground. We see Knox overseas, meeting a curiously angelic stranger in the streets of Venice, or sitting in stunned silence through a hilariously bizarre speech by the Reverend Sun Myung Moon.
We see her going to the gym. A delightful page-long footnote to Some Thoughts on Plot explains how she would have managed the business of bringing a character back to life on the 1980s soap Dallas. (Much better than the soap itself did, for the record).
We meet characters even less likely than the Reverend Moon. (Elvis puts in an appearance at one point, in conversation with a talking lion). But that link between the personal and the universal is the thread which keeps looping back into view.

When Knox talks about being "inclusive and unflinching", she isn't putting forward abstract doctrine. Her willingness to talk frankly about her family life and her childhood is remarkable not only in itself, but for the way in which it opens up her fiction and makes its driving imperatives easier to grasp. Her writing throughout the book is characteristically good, especially in some of the longer pieces, where she draws ideas together with a clarity and an economy of language which had me laughing in happy disbelief. While we wait (impatiently) for next year's sequel to The Vintner's Luck, this guided tour through the mind of one of our most important writers is a fascinating treat. oDavid Larsen is an Auckland reviewer.
FOOTNOTE
Special thanks to Linda Herrick, Books Editor at the NZ Herald, and the Herald for permission to reproduce David Larsen's excellent review of Knox's intriguing new book.
To mark the 10th anniversary of publication of The Vintner's Luck , Victoria University Press has issued a handsome hardback,(pictured above), hand-numbered and signed limited edition (1000 copies) of The Vintner's Luck, ($60); the movie is to be released during 2009.
Posted by Beattie's Book Blog at 11:27 am