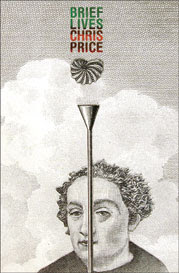 Genre-Busting Book Shortlisted for Both Major NZ Book Awards Announced
Genre-busting, hybrid book Brief Lives, written by Wellingtonian Chris Price and published by Auckland University Press, has been named as a finalist in the Biography Category of the Montana New Zealand Book Awards and as a finalist for Best Non-Illustrated Book in the Spectrum Print Design Awards.

Taking its inspiration from Aubrey’s classic work of the same name, Brief Lives is an eccentric collection of biographical essays and fictional reflections in which famous figures such as Goethe, Petrarch and Antonin Artaud rub shoulders with impecunious aristocrats, actors and art historians as well as a range of fictional characters caught amid the daily chaos of their lives. It is a meditation on mortality and the tasks of recording, collection and recollection we quixotically undertake to stave it off.

Brief Lives is a genre-crossing work that makes a plea for what historian Simon Schama has called ‘the eloquence of peculiarity’.

Brief Lives features some illustrations by artist Brendan O’Brien. The cover designer is Sarah Maxey of Wellington and the internal designer is AUP’s Katrina Duncan. 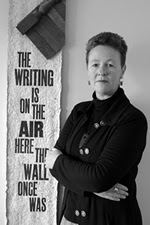 Here is a review of Brief Lives from the Listener in September last year and here are my comments on the book published here on January 23 as one of my best books for 2006.

Photo of Chris Price from the Victoria University of Wellington website.
Posted by Beattie's Book Blog at 9:04 am