The only problem with 'chick lit' is the name


Popular fiction written by men experiences none of the contempt directed at Sophie Kinsella. Why must its pleasures be 'guilty'? 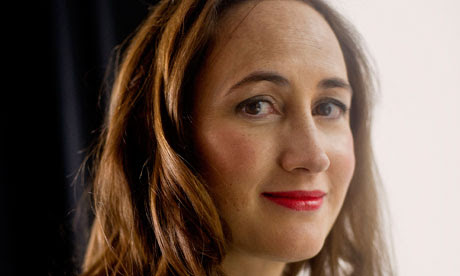 Sophie Kinsella: Stuck in a literary loop. Photograph: Sarah Lee for the Guardian
Recently I've read a lot of reviews of Pamela Druckerman's book French Children Don't Throw Food. And one thing that many of them mention is the fact that French mothers just tend to get on with doing things their way. They have the kinds of births they want with all the pain relief they want, they bottle-feed their children if they want to, and they certainly don't spend hours on internet forums criticising each other's parenting choices.
Reading Decca Aitkenhead's interview with Sophie Kinsella in yesterday's Guardian, I remembered this, and wondered whether French women also care less than British women about what other French women read? I've no idea but I do hope so. Because as a publisher of commercial women's fiction, I seem to spend an awful lot of time these days reading articles by intelligent women asking – as Aitkenhead's piece yesterday did – things like "why a woman of [Kinsella's] intelligence would want to write about women at their silliest". And why other women would read it. Aitkenhead wonders whether "it was the only way to make big money", and is evidently looking for an "acknowledgment of conflict" in the fact that Kinsella is Oxbridge-educated and also writes commercial books that millions of readers enjoy reading. Readers and writers of women's fiction on Twitter felt predictably patronised.
To use the formulation beloved of "chick lit" heroine Carrie Bradshaw, I couldn't help but wonder how much of this sort of fiction Aitkenhead has actually read. She describes both Jane Eyre and Allison Pearson's Kate Reddy as "klutzy"; neither is anything of the sort. Jane Eyre is a quiet, good, sensible woman struggling with a very passionate love. Kate Reddy is a highly intelligent, highly organised woman struggling with the demands of working parenthood. Some of Sophie Kinsella's heroines do indeed have silly and ditzy aspects (though some of them also do not) but that's no surprise: she is writing comic fiction, and brilliant comic fiction at that. Why her books are so successful is no mystery – it is because she is one of the very best writers of this type and millions of women and possibly even (gasp) a few men have recognised that fact, and buy her books. Aitkenhead is correct that much in this genre is written by educated women, and this is because most books are written by educated people. Educated people, for obvious reasons, tend to write more confidently and therefore produce better books. The bigger question is: why is so much energy expended on patronising this particular area of the market?
Full story at The Guardian.
Posted by Beattie's Book Blog at 6:56 am

I think others patronise it because they deem their writing more 'important'. And it may be so, but personally, I read for enjoyment and escapism. My books often get referred to as chick lit/fantasy and 'easy reads'. It bothered me at first, until I realised that's what I loved about them. Any book that lets me slip away from the present for a time and come out smiling, well it's GOT to be a good read!