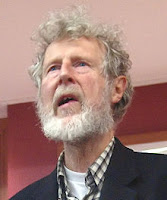 Join us for a free glass of wine at 5.30pm, courtesy of Glengarry Wines
Bookings recommended, phone 377 0209 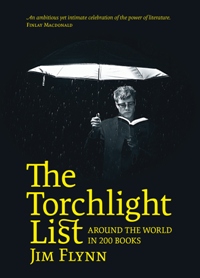 When Professor Jim Flynn discovered that fewer and fewer of his students were reading great books, he knew he had to do something about it. Flynn wrote The Torchlight List: Around the World in 200 Books, the title a tribute to his uncle who read by torchlight on board a ship during WWI.
Torchlight puts together some of the world’s greatest titles – 160 novels, 15-20 histories, some films, plays and poems – in the hopes of galvanising a reading culture among people, especially the younger gaming-crazy generation.

Flynn begins his mind-expanding booklist – including such heavyweights as Leo Tolstoy’s War and Peace – with five novels, one of which he reckons will be life-changing:

•The Slave, by Isaac Bashevis Singer

•The Bridge of San Luis Rey, by Thornton Wilder

•End as a Man, by Calder Willingham

About Professor Jim Flynn
Jim Flynn is Emeritus Professor of Politics at the University of Otago, an Honorary Doctor of Science, recipient of a Gold Medal for Distinguished Career Research, and a Fellow of the Royal Society of New Zealand. He has been profiled in Scientific American for his research on human intelligence, and is the author of What is Intelligence?, and Where Have All the Liberals Gone?
Posted by Beattie's Book Blog at 2:19 pm