In just 30 days, you too can write a masterpiece

Or maybe not. As writers prepare for National Novel Writing Month, Andrew Johnson looks at classics that were knocked out in a few weeks
The Independent,Sunday, 31 October 2010 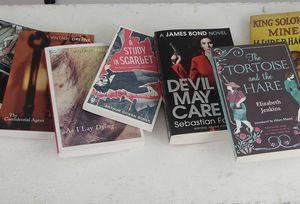 Hundreds of thousands of aspiring novelists around the world will put pen to paper – or fingers to keyboard – tomorrow with the intention of turning out a 50,000-word book in only 30 days.

They will be taking part in National Novel Writing Month, the first of which was held 11 years ago when 21 friends in America decided they had to take drastic action if they were ever to achieve their literary ambitions. Now up to 200,000 books are expected to be uploaded on the writing month website (NaNoWriMo) by the end of November.

And although there are plenty of tales of great novelists spending years crafting their masterpieces – Joseph Heller took eight years to write Catch-22 – many of the literary world's most popular works were knocked out in a few weeks, such as Muriel Spark's The Prime of Miss Jean Brodie and Charles Dickens's A Christmas Carol.

Lindsey Grant, who helps run NaNoWriMo, said that 55 novels written under the scheme have gone on to publication. These include Sara Gruen's Water for Elephants, which spent 12 weeks in The New York Times best-sellers list in 2006. "The idea is to get the rough drafts of the novels down," Ms Grant said. "But so many people then go on to rewrite."

Two years ago, Birdsong author Sebastian Faulks wrote a James Bond thriller, Devil May Care, in only six weeks – following the work pattern of Bond's creator, Ian Fleming.
"I enjoyed the rush," he said. "There was a way in which my own race to the finish line mirrored the chase of the plot. Novels that have been written quickly can retain a slightly torn-off, uneven quality – like life. This is certainly one of the miraculous things about Jean Brodie, where the story zooms back and forth through time. There is a careering, out-of-control feeling, which is exhilarating. The main danger is that the writer hasn't worked out his/her theme. They don't really know what the novel's about."

Graham Greene wrote one of his most popular novels, The Confidential Agent, in only six weeks in 1938 while also labouring on the much more difficult The Power and the Glory. He later wrote in his autobiography: "The Spanish Civil War furnished the background. I was struggling then through The Power and the Glory, but there was no money in the book as far as I could foresee. Certainly my wife and two children would not be able to live on one unsaleable book, so I determined to write another 'entertainment' as quickly as possible in the mornings, while I ground on slowly with The Power and the Glory in the afternoons."

A Christmas Carol By Charles Dickens, written in six weeks in 1843
Dickens more or less invented the Christmas spirit, goodwill to all men and general jollity in this classic ghost story, which also gave us Scrooge, Tiny Tim and Bob Cratchit. "I have endeavoured in this Ghostly little book, to raise the Ghost of an Idea, which shall not put my readers out of humour with themselves, with each other, with the season, or with me."

As I Lay Dying By William Faulkner, written in six weeks in 1930
Faulkner, who won the Nobel Prize for Literature in 1949, turned out one of the 20th century's greatest novels while working at a power plant. It tells the story of the death of Addie Bundren in stream-of-consciousness style from 15 points of view. "I set out deliberately to write a tour de force."

The Prime of Miss Jean Brodie By Muriel Spark, written in one month in 1960
The inspirational Scottish teacher Jean Brodie, who taught her girls more about life than anything else, catapulted Muriel Spark into the premier league of contemporary writers. "We were given to write about how we spent our summer holidays, but I wrote about how [my teacher] spent her summer holidays instead. It seemed more fascinating."
Read about others, the full piece at The Independent.
Posted by Beattie's Book Blog at 6:28 am